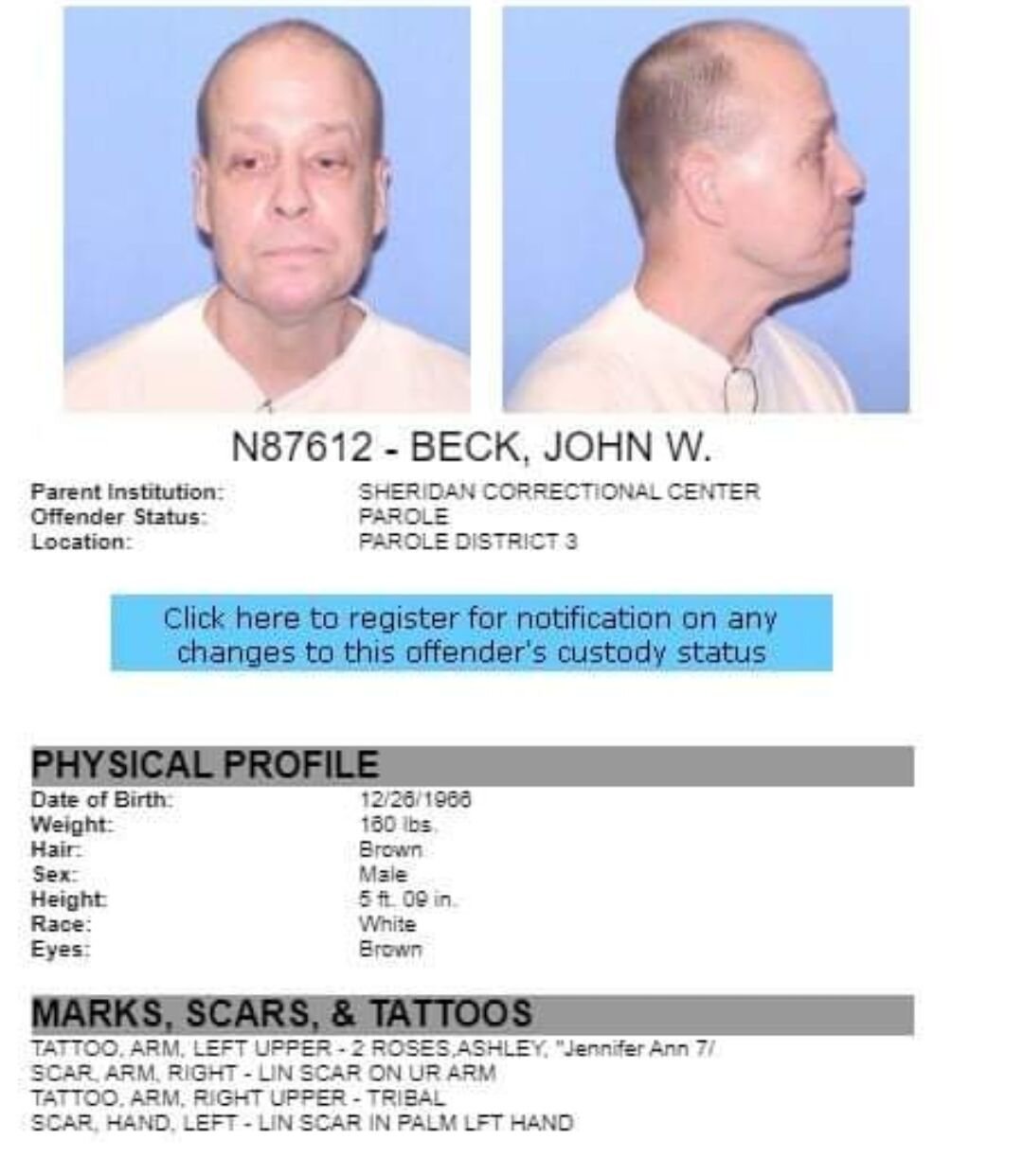 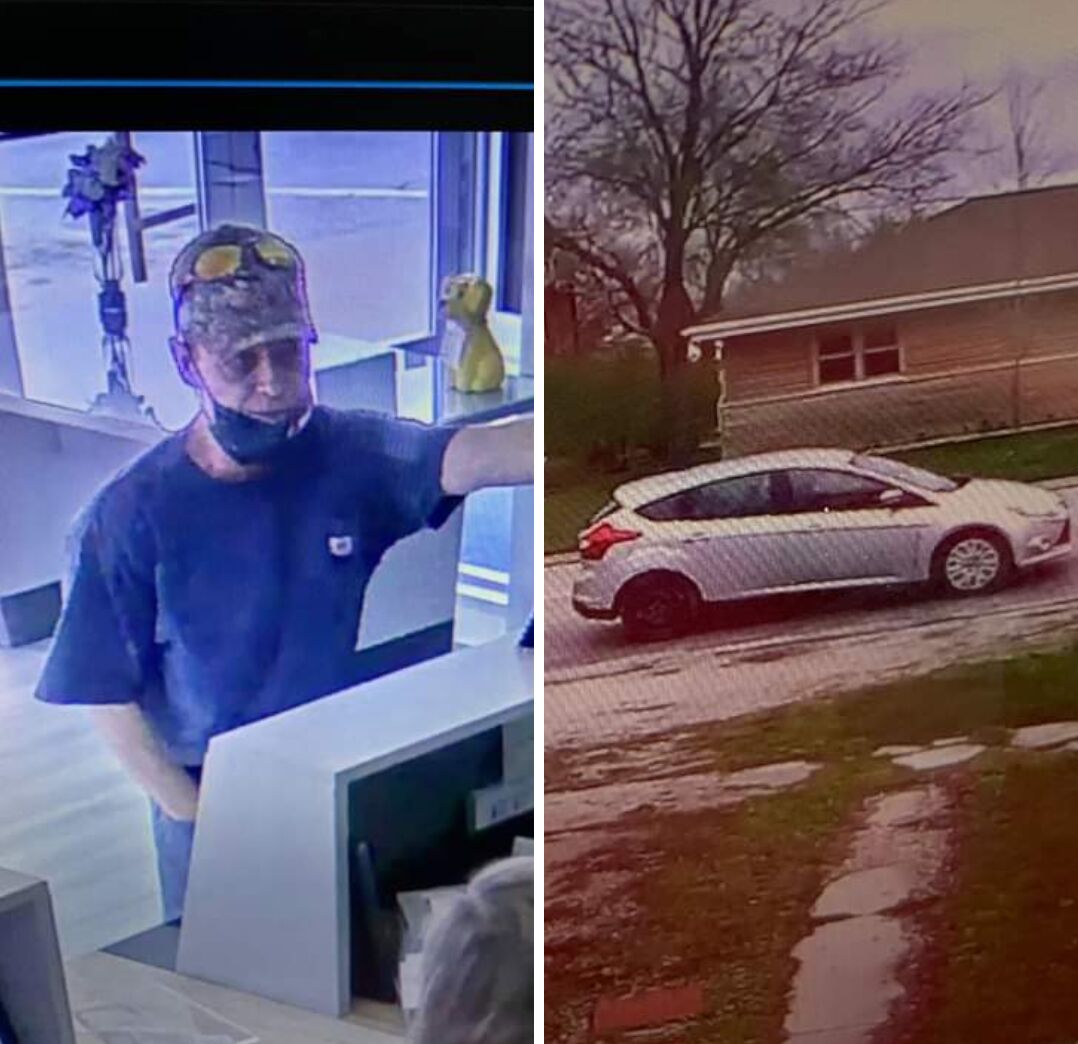 A bank robbery in Livingston County; the alleged suspect's face is up on Facebook. Livingston County Sheriff's Office is looking for John Beck on parole from Sheridan Correctional Center. Beck is believed to be the one in security footage robbing a bank in Odell on Friday. A warrant has been issued for his arrest and photos of Beck and his get-away car have been released.

Beck is 54 years of age, white, 5' 9”, 160 pounds and brown eyes and hair. Beck has scars on his right arm and left hand and tattoos on his upper right and left arms. If you spot him, you're asked to call Livingston County Sheriff's Office.